Minty accidentally breaks the ‘Here Comes Christmas Candy Cane’, which apparently guides Santa Claus to Ponyville. To try to make up for doing this, Minty gives each pony one of her socks (she hangs them like stockings on the other ponies’ fireplaces). When Pinkie Pie finds out what Minty has done, Minty states that the sock giving is a bad idea, and then decides she should go to the North Pole herself to set things right. Minty is terrible at balloon flying, so the chase is on to save her in the process of saving Christmas. 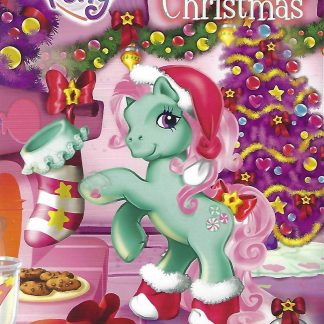