Barbie in “A Christmas Carol”

Title: Barbie in “A Christmas Carol”

Storyline: (thanks to IMDb)

Intent on spending Christmas Eve at home rather than going to the hospital’s annual charity ball, Barbie’s little sister, Kelly, dreams of eating cookies and drinking cocoa in front of her fireplace. Much like Charles Dickens’ timeless festive tale depicted in A Christmas Carol (1951), to convince her, Barbie recounts the story of the famous Victorian singer, Eden Starling, who demands that her crew cancel their Christmas plans, to rehearse her upcoming show. Will the night-time visitations by the Spirits of Christmases Past, Present, and Future help Eden change her mind?

NOTE: this is a 2 disc Video CD, to be viewed on computer with CD or DVD tray 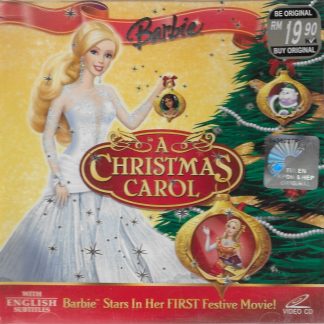