This movie begins with a live-action sequence set in Boston in 1857, the site of a live reading by renowned novelist Dickens (Simon Callow). As he begins his “story of ghosts”, a woman in the audience screams because she has seen a mouse, and Dickens points out that this is appropriate since his story begins with a mouse. At this point, the story turns into the animated version, and Dickens explains that the mouse, named Gabriel, carries a glimmer of hope amidst the glaring co-existence of rich and poor in the streets of London. Throughout the subsequent unfolding of the well-known story Gabriel acts as a miniature Greek chorus, providing younger members of the audience with a point of entry into the story and, in the case of the potentially frightening elements (the Ghosts of Past (Jane Horrocks), Present (Sir Michael Gambon), and Future), a place of refuge. 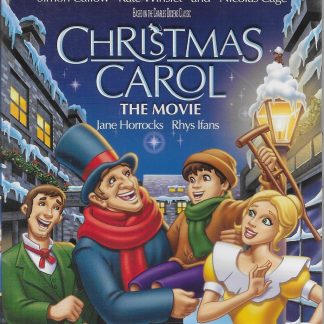