Santa Claus is Comin’ to Town

Starring: Narrated and sung by Fred Astaire and featuring the voice of Mickey Rooney

Storyline : (thanks to IMDb)

The Mailman decides to answer some of the most common questions about Santa Claus, and tells us about a small baby named Kris who was left on the doorstep of the Kringle family (toymakers). When Kris grew up, he wanted to deliver toys to the children of Sombertown. But its Burgermeister (Herr Meisterburger) is too mean to let that happen. And to make things worse, there’s an evil wizard named Winter who lives between the Kringles and Sombertown, but Kris manages to melt Winter’s heart (as well as the comely schoolteacher’s) and deliver his toys.

Also features “The Little Drummer Boy” on disc 2, released in 1968 and featuring music from the Vienna Boys Choir.

An orphan drummer boy who hated humanity finds his life changed forever when he meets three wise men on route to Bethlehem. 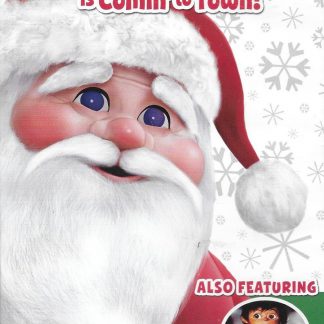